A new life for the Old Forge 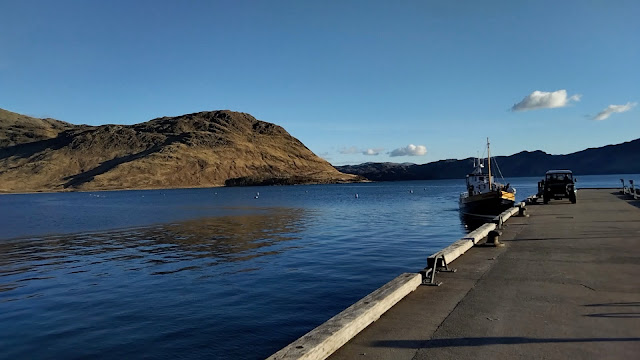 Although it is a long journey – over five hours from Glasgow, on hard, uncomfortable seats – the views make up for the discomfort. 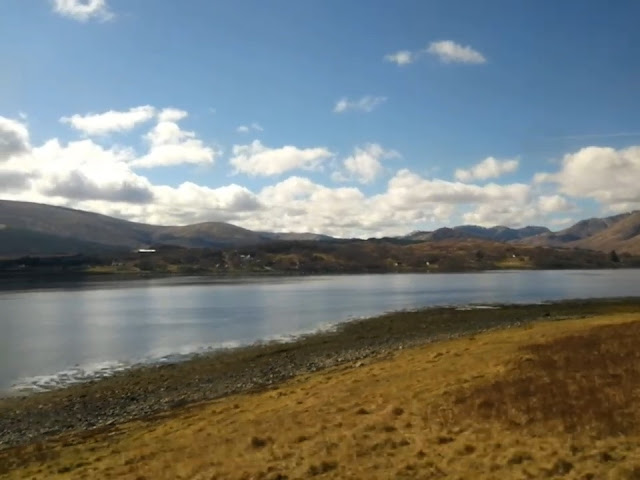 Finally arriving in the early afternoon at Mallaig station, the end of the line, I only have to cross the road, turn right at the Co-op and I’m on the pier for the ferry to Inverie. 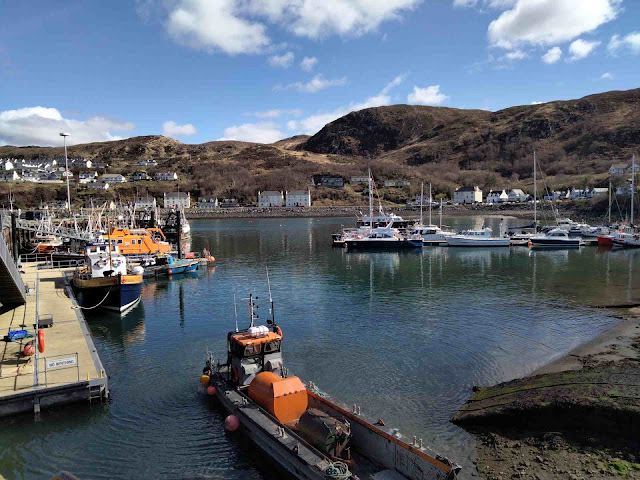 The ferry trip is worth the money if you don’t even want to go to the Knoydart peninsula, just for the scenery and the sheer joy of travelling on this old wooden-hulled vessel. The cosy cabin is a delight and downstairs there is even a bar serving bottled beer – Corona for the locals and Isle of Skye for tourists.

The ferry may seem charming to visitors, but for the locals it’s literally a lifeline. It transports food and goods and chattels of all kinds from and to the peninsula, at a reduced fare for residents, with freight charged for at a pound or so per bag-for-life. 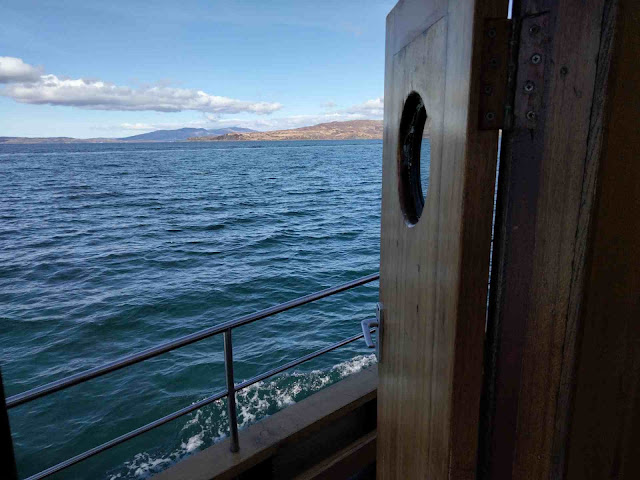 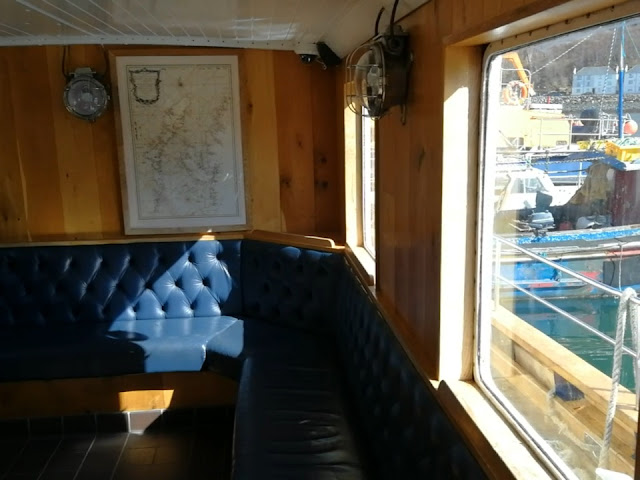 The Skye Red is my first beer of the day, because I left Glasgow on the 8.25 am train. At that time even Wetherspoons will only sell you beer if you order it with a meal. I did have a meal, but if I’d waited until 8am to order my breakfast I would have had serious doubts about having enough time to eat it before the train. 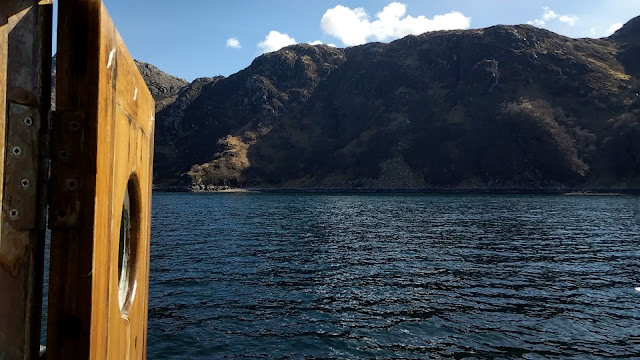 You may ask yourself, what am I doing here?

It’s the Old Forge. The only pub in Inverie.

It’s famous – more so among the hiking community than among pub tickers – as “the most remote pub on mainland Britain”. It’s only accessible by ferry, or by a two-day yomp across the hills. As my knees aren’t up to the hiking these days, I opt for the boat. 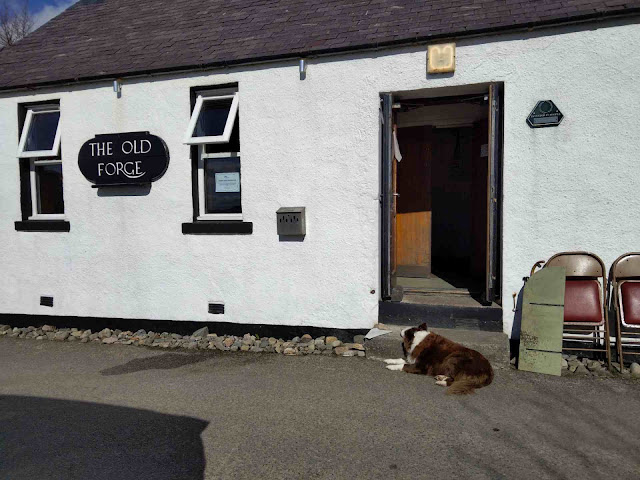 Almost as famous as the Old Forge’s location is the bad feeling that developed between its owner and the local community, which eventually led to a spectacular falling out. That story should perhaps be told by someone more knowledgeable than me.

Now that chapter is closed. The local community collectively owns the pub, through the Old Forge Community Benefit Society, which over the last couple of years has methodically put the organisational pieces in place and raised the money – a mixture of grants and crowdfunding – to buy out the former owner.

And last week they finally got the keys. 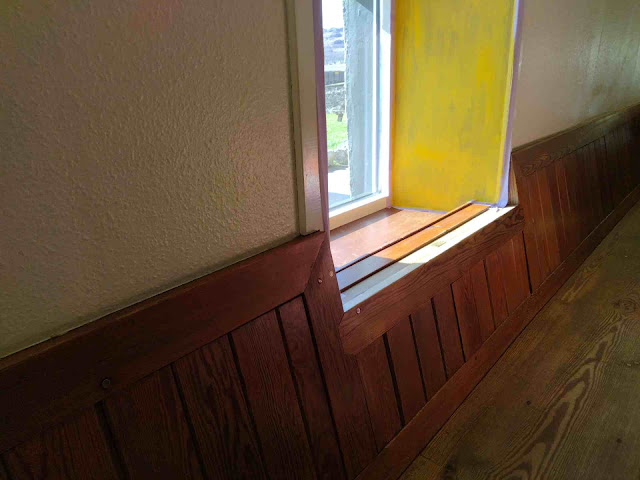 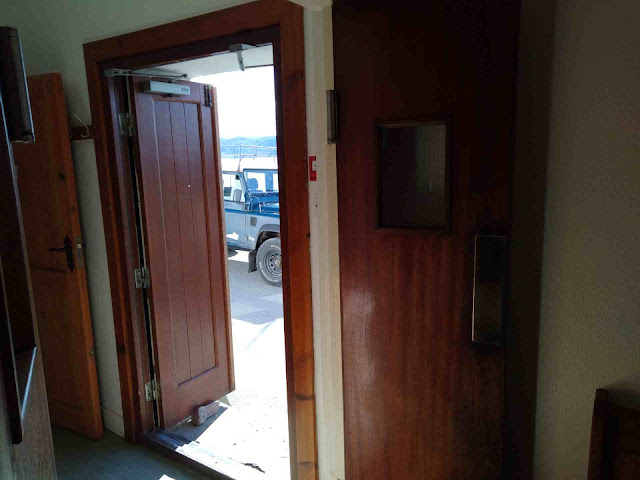 When I pop in for a nose around, the group is hard at work giving the whole pub a deep clean. They are still buoyed up by enthusiasm and are keen to get the pub open for Easter. They may be idealists, but also know they have a business to run and need to be up and running as soon as they can. First of all, all the accumulated grime has to go.

In the medium term, there are bigger plans. They are going to rip out the existing “cellar” (which is really at ground level) and construct another one. That will make room to extend the bar sideways into another room previously used as an office, increasing the capacity of the pub. 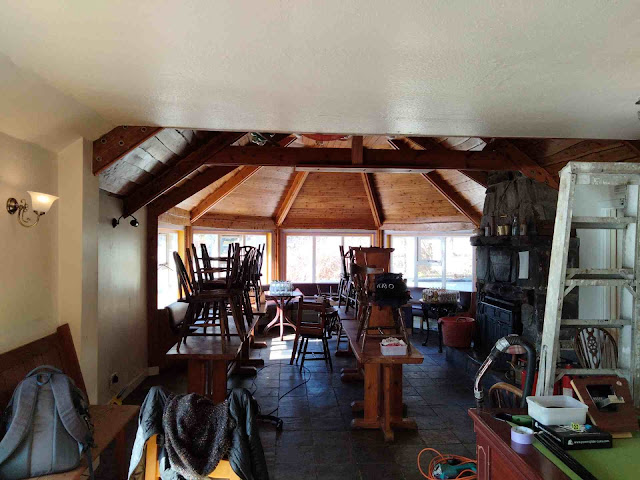 Cask beer will come from local breweries: Isle of Eigg Brewery and the Knoydart Brewery which is five minutes’ walk away. Not bad for a community of 120 to have a brewery.

The brewery gate is closed when I wander up, but I am able to buy a couple of bottles in The Shop. (The Shop doesn’t appear to have a name, neither does it need one, because there is no other.) Seven Men is a fresh, slightly yeasty, fruity amber ale with a touch of citrussy hop on the finish. It reminds me of Fyne Ales’ Highlander, if perhaps a little less polished. Inverie IPA is paler and hoppier with a satisfying bitterness. Both ought to do well in cask.

This isn’t just a happy ending for the Old Forge. It’s not the first pub, even in Scotland, to be taken over by the local community. But the more successful examples there are, the more such initiatives will be watched all over the country, everywhere where communities are suffering the neglect and loss of their pubs.

It probably works well here because in a community of only 120, everyone already knows each other. As they relax after the first day’s cleaning, I am struck by the almost familial interaction – and by the warm welcome they extend to me, who they don’t know from Adam. Friendly folk who are sure to make a friendly pub, and a story that’s inspiring enough to make the journey a second time. I’ll be back when the pub is open.