Every pub in Glasgow: The Hielan Jessie 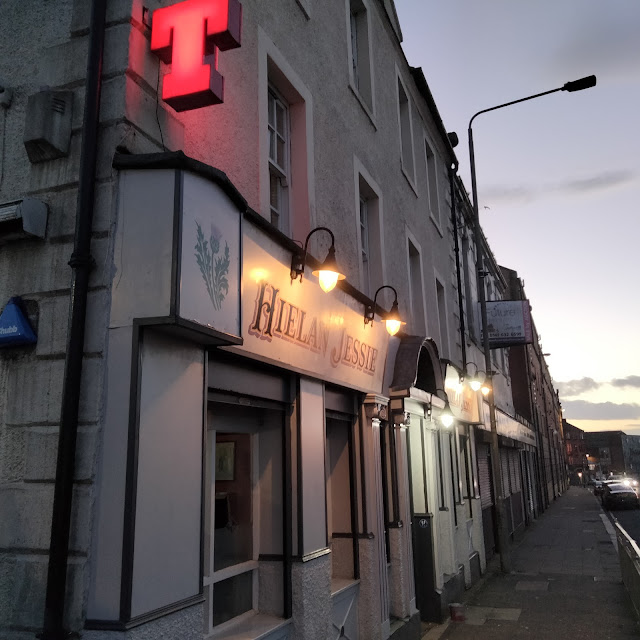 The Hielan Jessie on Gallowgate looks much older than it is. Occupying the ground floor of an eighteenth-century building, in the 1960s there was a smaller bar on the corner called the Regal. Bars with such a narrow frontage are now very rare in Glasgow, and the Hielan Jessie now occupies the full width of the house.

Inside, the pub is cosy.

We are (once again) in covid restrictions and there is reduced capacity, so every remaining seat is taken at four on a Tuesday afternoon. When I used to come to pubs like this as a student, I’d be the youngest customer by several decades. Now I’m old enough to fit in. It seems to be a real community pub. Elsewhere in the east end, and not just there, pubs can be full of solitary men. Not here. Everyone seems to know each other. 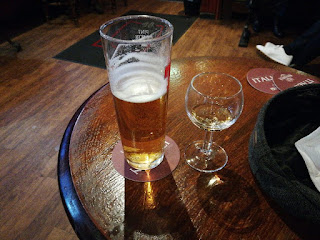 After a pint and a wee dram (Highland Park if you insist) I am warm again after walking into town on the coldest day of the year so far.

I think the Hielan Jessie would win the award for “pub that feels most like somewhere that sells cask ale, that doesn’t actually sell cask ale”. I think it’s the open fire that contributes to that. If you found this pub in any other city in Britain, you’d expect at least one handpump. The pub is warm, the fire roaring, the bar staff friendly and the customers garrulous.

Mind, when I look around the pub, it strikes me that very few of the other customers are drinking draught beer at all. Bottles of Sol or vodka and coke seem to be the beverages of choice. I’ve noticed before that in the pubs closest to the Tennent’s brewery (and this is the second closest, by my reckoning) remarkably few people seem to drink it. Glasgow is weird. 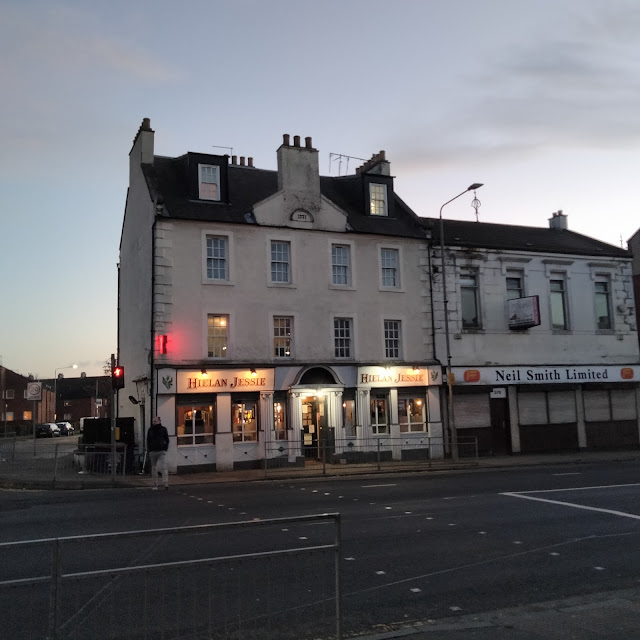