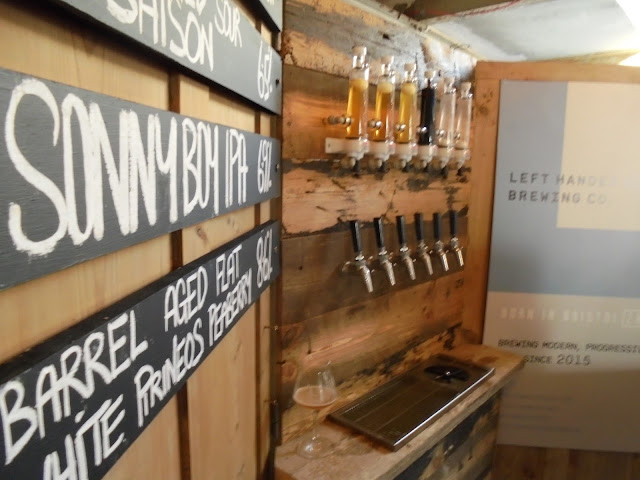 I don’t know whether the Edinburgh Craft Beer Festival’s invitation to brewers read “Come along, and bring your wackiest beers”, but it might as well have done. This “curated” festival (uh oh) promises to bring “the world’s finest breweries” (of course) to “celebrate passion, creativity and quality in brewing”. It didn’t sound like my kind of thing at all.

If you’re used to reading this sort of stuff, it will come as no surprise that the festival glass is a Teku, which in addition to its ugliness and awkwardness gets rather uncomfortable to carry around after a while.

The venue is one positive feature: The Biscuit Factory, is, believe it or not, a former biscuit factory (Crawford’s, if you care that much), and the semi-derelict industrial building offers a ready-made “authentic” backdrop for the hipster aesthetic that is now so often artificially created at great expense. The very steep and narrow staircase inside is a less positive aspect. Signposting is poor and some visitors may have missed the sunny and airy upper level entirely, which would be a shame as it is much more pleasant up there than on the gloomy ground floor.

Commonplace in the USA but still rather unusual in Britain is the ticket policy: entry is an initially eye-watering £38 per session, but beyond that you don‘t have to pay for beer and can just wander around having your glass filled with samples of whatever you fancy. This is probably the best way to serve some of the very strong beers anyway. A late announcement that visitors would be limited to a total volume of six pints caused some disquiet on social media, but seems reasonable to me (though heaven knows how they were planning to police it): the last thing you need on an unseasonably warm Friday evening is people tanning imperial stouts in an effort to get their money’s worth, especially given the potential for falls offered by that staircase.

One technical feature that other festivals would do very well to emulate is the provision of jerry-cans of fresh water for rinsing glasses.

The “Edinburgh” in ECBF is very much a description of the location, not the origin of the beer. Pilot from Leith are the only local brewery represented, and the majority of the breweries are from outside Scotland. Cromarty, Six Degrees North, Tempest, Fierce, Fallen, Speyside and, embarrassingly, supermarket-friendly media clowns Brewdog make up the remainder of the Scottish contestants.

I begin with Wylam, a criminally under-rated brewery from Newcastle. They specialise in properly bitter pale ale, and their Sorachi Ace pale is exactly what I expected from them, with the typical raspberry, plastic and sweat flavours of this divisive hop, followed by a long dry bitter finish. My biggest regret is not making it back to the Wylam stand.

More Sorachi Ace comes from Brooklyn Brewery, a vaguely saison-y thing with lots of yeast flavour and after the intensely bitter Wylam effort it seems unpleasantly sweet. Moving on to the Sierra Nevada stand, there are several beers not usually seen in the UK. Festival Bier from Sierra Nevada is a tasty, malty festbier perhaps a bit on the sweet side (one could, of course, make the same complaint about many German versions). Their Celebration fresh hop ale with its resiny hops smells curiously dated in this world of lychee and melon-scented beers. The flavour even more so: I’d almost forgotten about the love US brewers once had for huge amounts of caramel malt.

Cromarty have a Vienna lager, Arctic Swell, which holds its own well even among the boozy dessert-flavoured monster beers, with a nice toasty character and a reassuring sweetness. It reminds me a lot of Brooklyn Lager, but perhaps that has now become the international benchmark for the style.

I’d given up on Cloudwater after two separate purchases of their Mittelfrüh lager had an identical issue: non-existent head retention, with the foam shrinking to absolutely nothing within minutes of pouring. I gave them another chance. The good news is the foam was fine. The bad news is that the beer was riddled with sweetcorny DMS, and I was glad to be able to pour it away.

Do you remember a couple of years ago, when cupcake shops were popping up left, right and centre, purveying sickly sweet icing (sorry, “frosting”) atop a tiny sponge cake base? Despite being mostly white sugar and refined flour, and unutterably disgusting to boot, they found ready cheerleaders among food media that normally pray dutifully to the idols of local ingredients and fresh produce.


This appears to be the phase that “craft” brewers are now passing through. 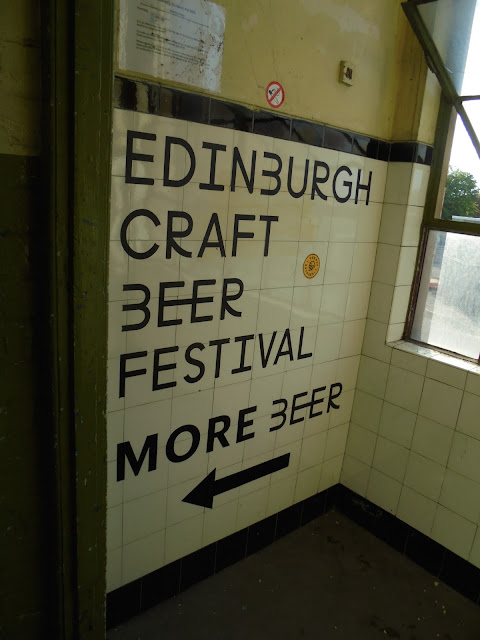 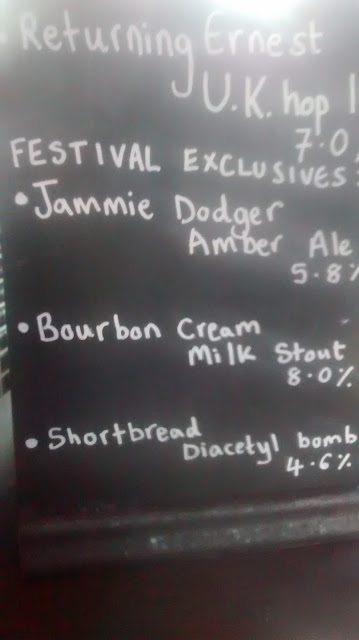 Lactose merchants must be making a killing at the moment. Once a specialist ingredient used in only one style of beer – milk stout, which was practically dead anyway – brewers now seem to be throwing it into all manner of concoctions together with dessert or breakfast flavourings.

Maybe this fad will pass, but given the general novelty-chasing that characterises the beer scene, I’m not getting my hopes up. Can you imagine a winemaker anywhere on this earth proudly saying “Stoked to have made a cheesecake Pinot Noir with bacon and Golden Grahams”? I can’t. And cheese connoisseurs have only scorn for those who foist woefully immature Wensleydale with cranberries on consumers. They know that this bizarre phenomenon distracts from appreciation of the infinitely variable flavours and aromas of actual cheese. Perhaps one day the beer scene will achieve such maturity.

At the risk of developing diabetes, the eager enthusiast could choose from a barrel-aged flat white coffee stout (Left Handed Giant), a maple syrup, coffee and pancakes stout (Pilot) or even an imperial maple blueberry cheesecake stout at 12% (Dugges/Omnipollo). Pilot’s effort tastes of coffee and burnt toast, and they do this sort of thing better than most. For dessert, Northern Monk’s notorious Neapolitan Ice Cream IPA is also available. With almost no aroma beyond a vague milkiness, this does actually taste like Neapolitan ice cream, without the pleasure. It very quickly becomes overpoweringly sweet, and personally I’d rather have the ice cream.

At Põhjala from Tallinn, the lactose has even got into their raspberry Berliner Weisse. Predictably, the resulting drink tastes like a Munch Bunch fruit yoghurt. 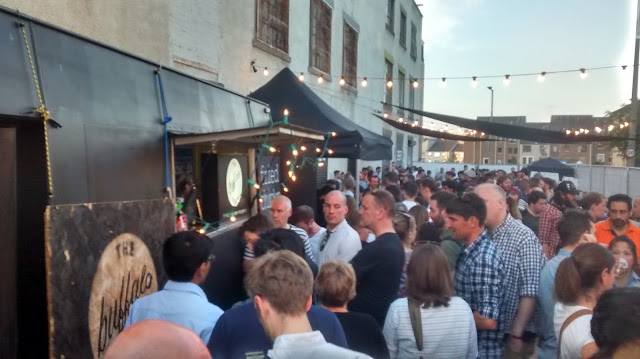 Bristol’s Wiper & True have put some thought into their specials and used the festival venue’s heritage as inspiration to brew three biscuit-themed beers. There is a leaflet and everything. I only try one of them: many brewers accidentally make diacetyl bombs, but Wiper & True may be the first to do it deliberately and name it thus. Shortbread Diacetyl Bomb is intended to replicate the buttery flavour of said biscuit. I find it undrinkable, more due to the intense sweetness than the butteriness. It’s certainly educational, especially if you don’t already know what diacetyl tastes like, but the thought strikes me that this would be better set as homework for brewing students rather than inflicted on the public.

The “normal” beer on offer from Wiper & True is another semi-experiment: a Vermont-style IPA made with English hops, called Returning Ernest. The hops are Ernest, Olicana, Jester and UK Cascade and while these contribute New World-type fruity aromas, particularly pineapple, there’s an underlying texture of “English” woodiness too which is rather pleasant.

Ironically enough, it’s the American brewers who come up with sensible beers. Firestone Walker’s 805, though top-fermented, is what the Cloudwater Helles should be: clean, sweet, without off flavours. Sierra Nevada’s orange IPA sounds gimmicky but the pithy citrus bitterness enhances the beer rather than dominating it. Their Tropicuzu (apparently the only kegs of it in the UK) displays fruity hops and grapefruit zest with a peppery finish. Pretty nice.

It’s telling that one of the less ridiculous beers is a rhubarb and citrus sour. Fallen and Pilot have made it. It’s better than many, but more due to the strong scent of citrus zest than anything else, giving it a kind of adult limeade taste. Fallen’s new-ish double IPA, The Big 1, is nicely pungent, yet oily and sweet, which has become par for the course with such beers, since the staggering amount of hops needed to effectively balance out a gooey 8.5% beer is frankly nonsensical.

As the DJs turn the volume up and the place starts to resemble a goth disco, I decide it’s time to leave. ECBF is certainly doing something that other festivals aren’t, even if it is basically “drink tiny measures of very silly beers that you wouldn’t be able to finish a pint of anyway”; there’s a market for it and it definitely makes a change. I did enjoy myself, much to my surprise. More to the point, the punters who’d forked out to get in seemed to be having a good time too.

Disclosure: The PR company handling the event offered me a free ticket to the Friday evening session. I wouldn’t have gone otherwise. Due to the nature of the ticketing, this also meant that I drank for free all night. You decide for yourself whether you think my judgement is skewed by these facts.
Labels: “craft beer” beer festivals biscuit factory cloudwater edinburgh edinburgh craft beer festival lactose pilot sickly sweet beer sierra nevada wiper and true wylam
Location: Edinburgh, UK