Wacky font – must be craft 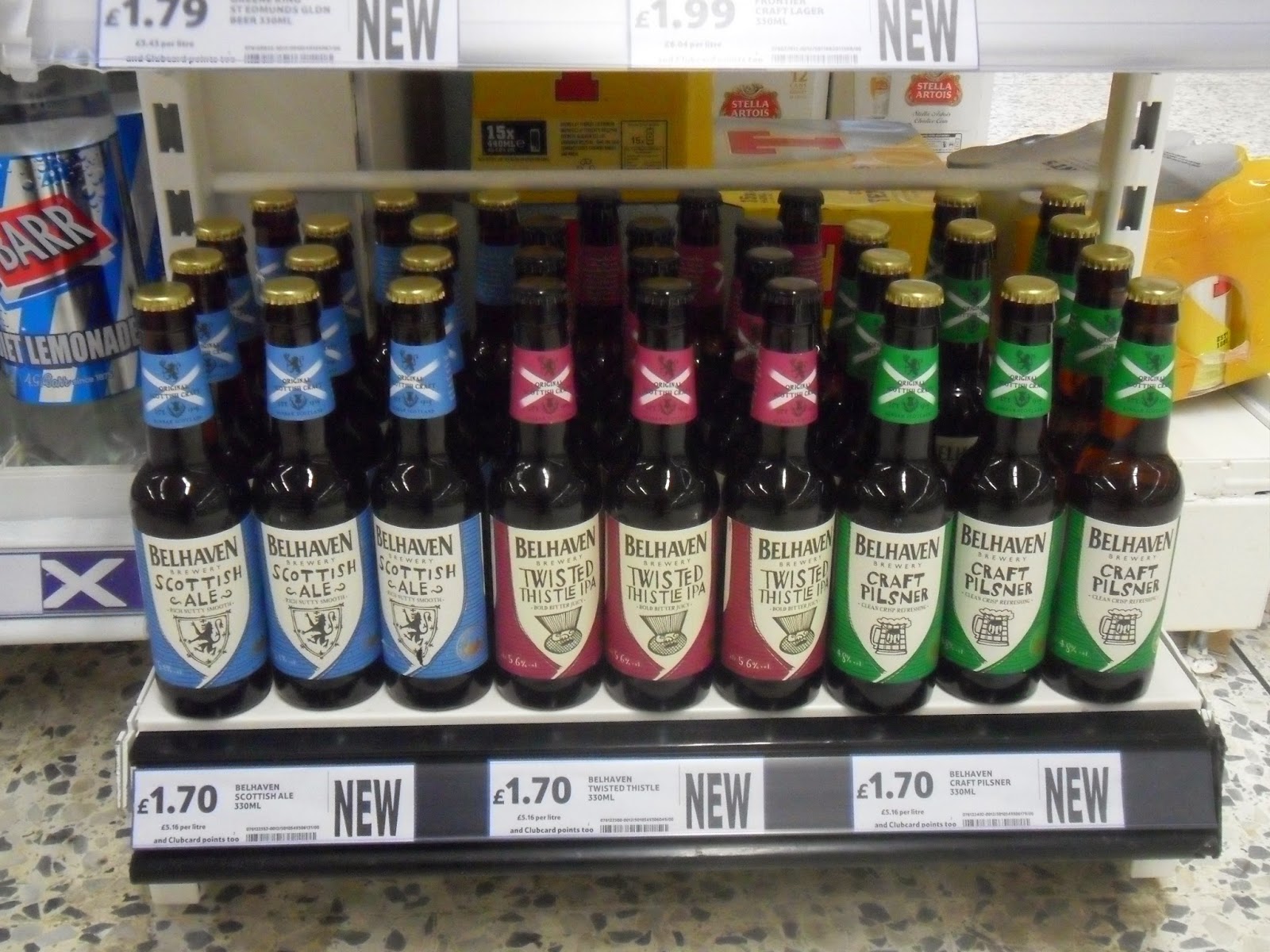 There have been murmurings for a while that Greene King were preparing to relaunch the beers of its Scottish subsidiary Belhaven in a “craft beer” direction. And here they are, turning up unannounced in Tesco. On an end-of-aisle display underneath some alcopops. Not the presentation I would have chosen, but what do I know about marketing?

What strikes me is that similarity of the labels to the newly repackaged Greene King-branded “craft” offerings like St Edmunds and Craft English Lager or whatever it’s called.

What also strikes me is how cheap and tacky the labels look. The old ones might have been a bit dated, but they had a bit of dignity. The new bottles have none.

Still, at least the beers are in brown glass now. I’d rather have a drinkable beer with an ugly label than a lightstruck one.

I’ve thought for quite a while that it’s only a matter of time until Belhaven brewery closes, and this convergence of the packaging design has the alarm bells ringing just a bit louder.

It looks very much like all the Greene King speciality beers are getting this treatment, including the venerable Strong Suffolk, which deserves better. Seeing it packaged with this childish typography, which for some reason I find reminiscent of a blackcurrant smoothie, is vaguely distasteful.
Labels: alcohol retailing belhaven greene king so-called craft beer tesco