Bavarian beer steins “could have been banned” 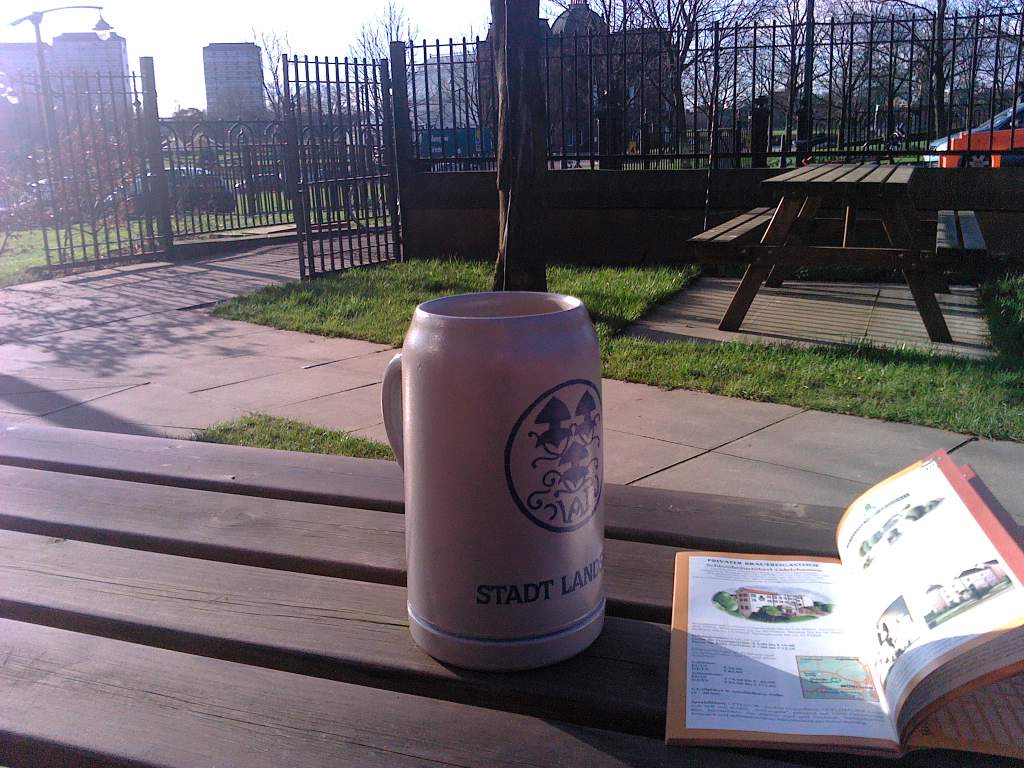 Students of the art of journalism know that the word “could” in inverted commas in a headline – as in this blog post – actually means “probably won’t”, but has a most positive effect on sales, the more so the more remarkable the phenomenon is that you are warning “could” materialise.

Did you know that the traditional grey Bavarian beer mug was in danger of being banned? Nor was I, until I found out that the supposed risk had been averted.

The grey stoneware mug is opaque, and therefore, says the EU, may not be used for draught foaming beverages after 2015, as it is not possible for the consumer to see that it has indeed been filled up to the calibration line.

Germany’s economic ministry has negotiated an exception for the mug, usually referred to as a stein in English, though the Germans have several more precise terms – Steingut-Bierkrug, Keferloher or just Steinkrug. Drinkers will be informed by notices that they can have their beer transferred into a glass vessel to check the correct amount has been poured.

At least, all that is what the “news” magazine Focus reported, and the story was picked up by other media. Since Focus’s original mission to displace the venerable Der Spiegel has long since been abandoned in favour of sensationalist tripe, it wasn’t a surprise when the EU commissioners hotly denied that there had ever been a planned ban: the EU guidelines are to do with lined drinking glasses and there was never any intention of banning stoneware mugs, said their German spokesman Reinhard Hönighaus to the press agency dpa.

I really like the Keferloher. It is perhaps one of the most iconic drinking vessels, but it’s become rarer in Bavaria than you might imagine. Experienced beer-pourers and drinkers can tell by the weight when a Maß is full, but I’ve taken mine to beer gardens more than once where the staff, though willing, have struggled to get it full. For the drinker, the secret of making sure it’s full is to blow on the foam until you can see the surface of the beer.

The irony of all this is that there is one event in Germany where you are almost guaranteed to get short measure – the Munich Oktoberfest, which switched to clear glass Krüge decades ago. Despite the clear glasses the beer tents there are notorious for brazenly and shamelessly serving “litres” which, according to research by the consumer group Union Against Fraudulent Beer-Pouring (Verein gegen betrügerisches Einschenken) can contain as little as 800ml of liquid* (personally, I was surprised it was that much).

While this racket continues, protected by corrupt local politics, you are much better off finding some quiet little place in the countryside that still uses the grey steins.