Scottish beer tastes of peat, right? It’s made by kilted Highlanders drying malt on the smoky peat fire in front of the but an’ ben and full of the peaty water coming off the glen. Everyone knows that.

The above is of course, like much of what is written about Scottish beer, a legend based on romantic nonsense about what Scotland is actually like. It doesn’t help that plenty of Scottish brewers are perfectly willing to repeat the nonsense to sell beer. You even get people complaining that real Scottish beer isn’t “Scottish” enough. Not even Belhaven can make a proper Scottish ale according to some people. This type of discourse is the equivalent of writing an essay on Scottish politics based on watching Braveheart.

Ron has just posted a map of 275 Scottish breweries known to exist in 1837. Here is a picture of it: 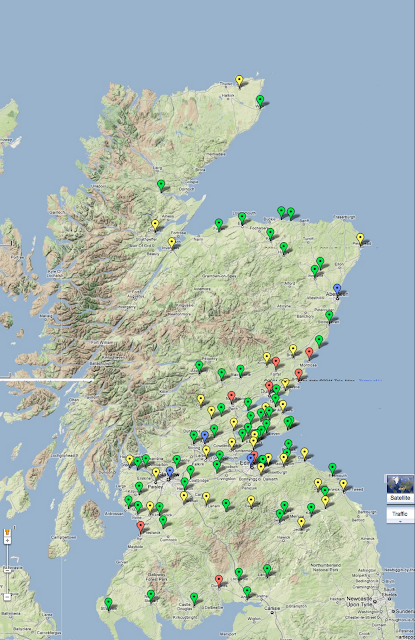 Here is a map of the peaty bits of Scotland which I’ve quoted from the Macaulay Land Use Research Institute: 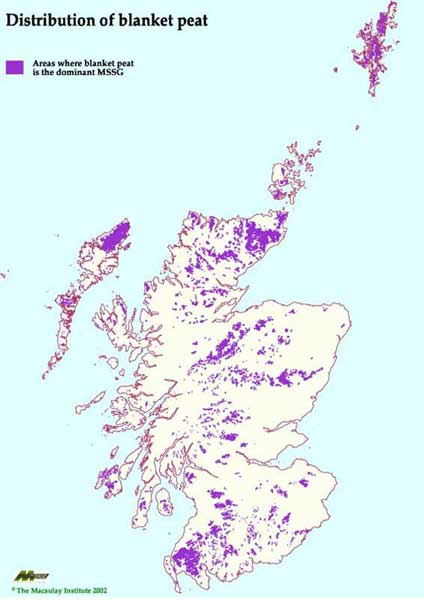 Superimposing one map on the other, one thing is quite clear: with a few exceptions, the breweries in Scotland in 1837 were nowhere near the peaty areas: 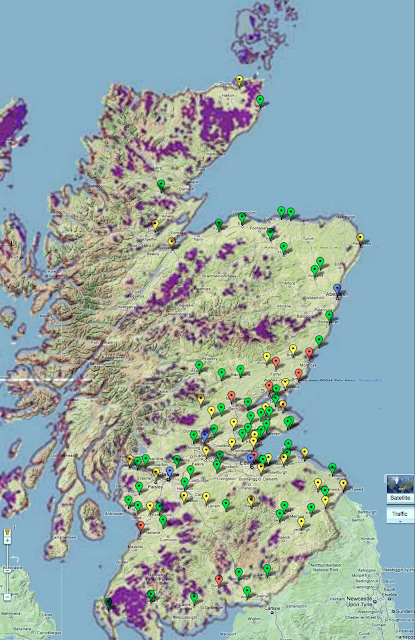