Will anyone miss Scottish & Newcastle? 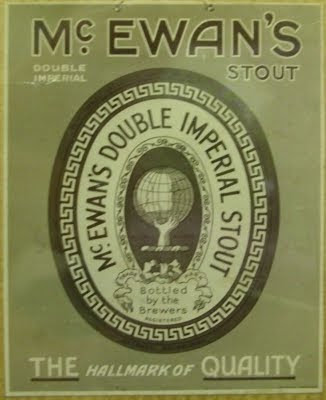 Today the former Scottish & Newcastle will formally become known as Heineken UK. While the name change is largely symbolic, it does mark the final end of independent existence of a company that goes back to the 1850s and once produced beers that made Edinburgh world famous as a brewing centre.

By the time I started drinking in the late 1980s, McEwan's ales, once famous, were ghastly and helped create a generation of lager drinkers. I don't suppose S&N cared, as ever since I can remember they've been more interested in pushing Kronenbourg and Foster's than McEwan's and Youngers.

This story is how I and many others will remember S&N for evermore:

IT'S a beer named after one of Edinburgh's most famous bars.

But Digger's 80/- has been ordered off the taps at the pub it was named after by brewing giant Scottish & Newcastle.

Bosses at the Athletic Arms contacted local "micro-breweries" to produce a beer as close as possible to McEwan's cask 80/- ale, which was phased out by owners S&N over Christmas.

Stewart Brewing came up with a replacement for the heavy, which took its brand name from the Gorgie bar's nickname – and the beer has been on sale at the pub since April.

But S&N officials have now enforced a clause in the lease that says the bar can serve only the company's ales on tap.

It wasn't enough for S&N to stop brewing a beer that was once a legend — they had to stop anyone else brewing it either.

This kind of price-of-everything-value-of-nothing idiocy and open hatred of their own brewing heritage is one of the reasons I will not miss S&N one bit. Heineken cannot possibly be any worse.