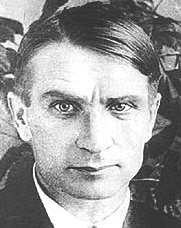 I was quite flabbergasted to read Roger Protz's blog attacking Prof David Nutt on the same day the Home Secretary asked Nutt to resign as chief drugs advisor. I would have thought that the open New Labour contempt for science would be much more worthy of criticism, because that is much more dangerous than the opinions of an advisor, whatever they may be.

If you actually read Prof Nutt's paper, he is not demonising alcohol, but using it as a benchmark. The point is to give an indication of how dangerous certain drugs are in comparison to the drugs that are most familiar to most of us. Everything we do in life has an element of risk. That's the point.

The point is to quantify the risk involved. None of us would do the lottery if we thought about the incredibly low chance we actually have of winning. We do it for the excitement, a moment's entertainment and the hope that we will be "lucky". It is based on faith and hope, not logic and reason.

I suggest that faith and hope are a poor basis for alcohol policy, especially when combined with spin, PR, bullshit, bluster and fear of what the Daily Mail will say.

You may not agree with Prof Nutt's views. They are, however, based on evidence, while Roger's and the Home Secretary's are based on faith and prejudice. Why is this important? It means that you can argue with Nutt (by criticising his methodology, for example), whereas you cannot argue with the likes of Alan Johnson, who have already made up their minds.

It is the same reason you cannot argue with the neo-prohibitionists who rant about the supposed need to increase alcohol prices and decrease availability, even though alcohol consumption has been falling substantially for the last five years.

I therefore think it is very much in the interest of beer drinkers to support a science-based approach to reducing alcohol harm, rather than the alternative based on whatever prejudices the government of the day might have.

I think society would have fewer alcohol-related problems if people drank good beer. I bet Roger thinks so too. But he must know as well as I do that the majority of people and especially of alcohol abusers are consuming "vodka" made of watered down ethanol of unknown provenance, mass-produced barely-lagered "lager" and other concoctions. The majority of the alcohol industry is far removed from the romantic craft breweries Roger describes in his blog post.

I rather doubt that any of those breweries are as hostile to science as Roger. Maybe one or two are still measuring the temperature of their mash with their elbow, stirring their wort with a "magic stick" to get it to ferment, and calling the foam on top "god is good". But I suspect it's unlikely.

As an old Trot, Protz is surely familiar with the expression Lysenkoism. It's an example of what can happen when governments favour their own prejudices and what seems to fit their dogma, over actual science.
Labels: alcohol policy david nutt drugs lysenko roger protz