There is not much nightlife in Renton, and as lifestyles have changed, people do not swarm to the local pub as they once did. The first time I was in the Central Bar a few years ago, it was nearly empty on a Saturday night, one of the snugs remained in darkness and there was a strong smell of damp. 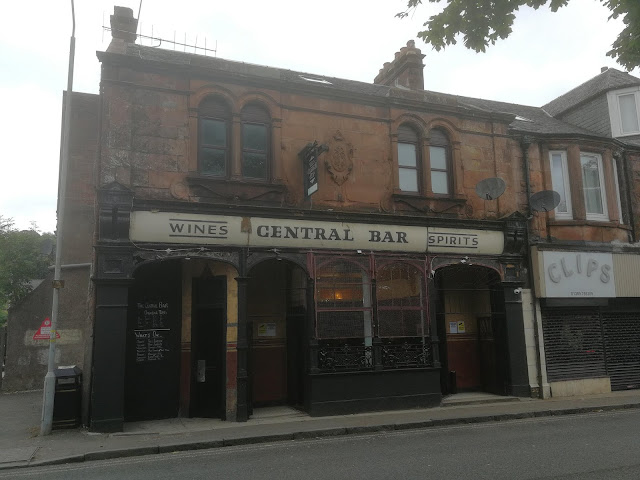 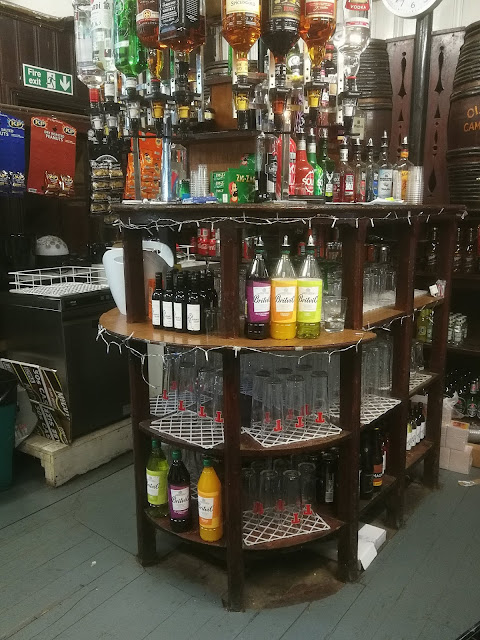 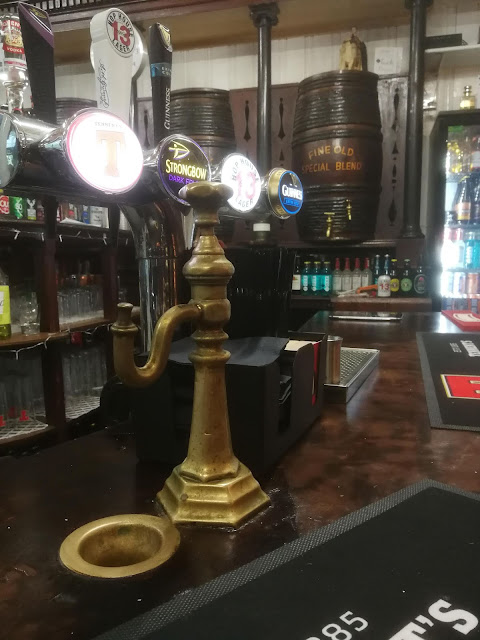 It has had its ups and downs in recent years. Shortly after my first visit I heard it had closed. Then it opened up again. And closed once more. At the moment, of course, it is shut like everything else. 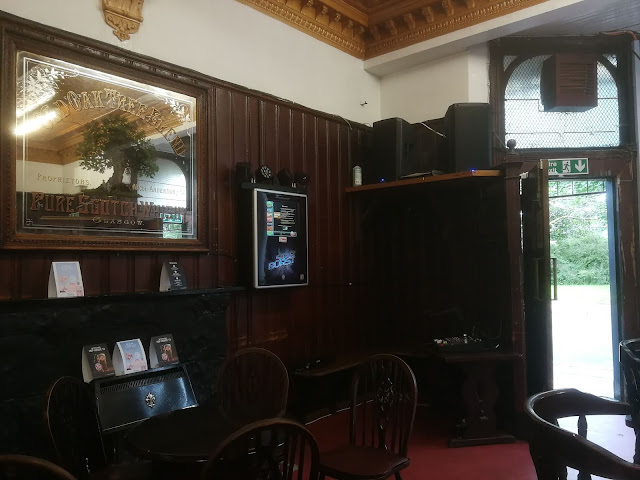 You cannot claim it is not friendly. I was urged to bring my bike inside the pub so it doesn’t get stolen outside. Although a pair of large dogs block my way, I am assured the only danger is that they might lick me to death.

Unlikely as it may sound, Renton’s claim to footballing fame is that its team was once champion of the world. Yes, really, although it was a very long time again. In 1888 Renton FC, the then holders of the Scottish Cup, played a friendly against FA Cup winners West Bromwich Albion. Renton beat the Black Country team 4–1; as the infant game of association football had not spread much beyond the UK at the time, this made them de facto the world champions.

It would be nice to think this event was celebrated in the Central Bar but alas, the pub did not open until 1898, ten years later. 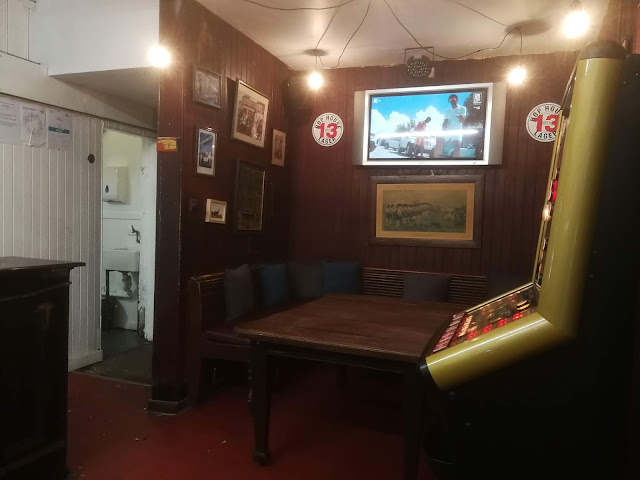 So many features in this bar have not changed much. The rude but functional gantry behind the bar, overshadowed by the enormous spirit casks. 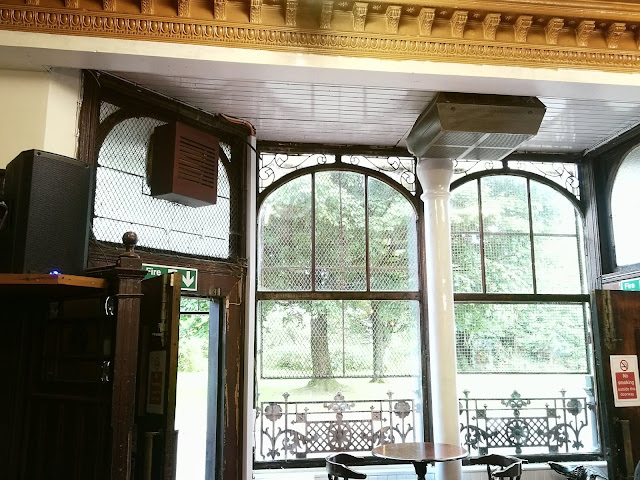 The glorious high windows letting sunshine in, something sadly rare in Glasgow since the licensing board’s demented crusade a century ago to conceal the sinful sight of fun from passers-by, the legacy of which is still felt today in a number of pubs with no natural light.

The Central Bar was only seven years old in 1905 when another Renton footballer was born: Alec Jackson, who was to become one of the “Wembley Wizards” Scotland team which beat England 5–1 in 1928.

When Jackson signed to Huddersfield for the then record-breaking fee of £5,000 the Huddersfield manager Herbert Chapman supposedly took Jackson’s father for a dram in a Renton pub and bought a round for the entire bar. Jackson told Paris-Match magazine that this took place in the only pub in the village, though why he should have said this I am not sure. There was more than one pub in Renton back then, surely.

There is only one pub today. Tam, on the other hand, tells me that Renton had six pubs at one time, and he remembers drinking in five of them. Tam is a joiner and carried out a good deal of internal reconstruction in the Central some fifteen years ago, removing a wall to turn what had been a back room into a snug. He used repurposed wood to do the work and I wouldn’t have guessed it wasn’t original. 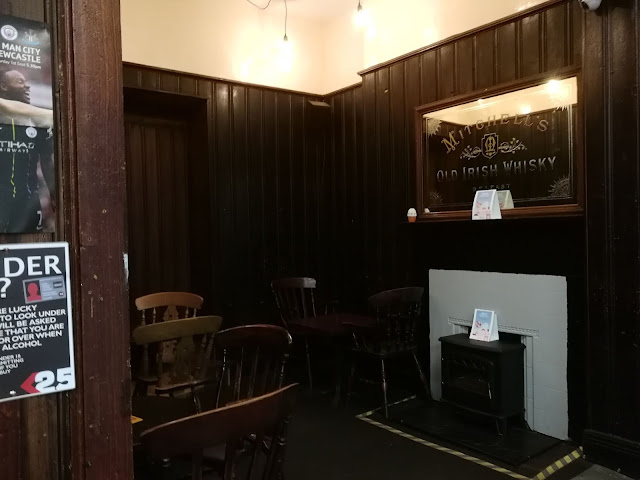 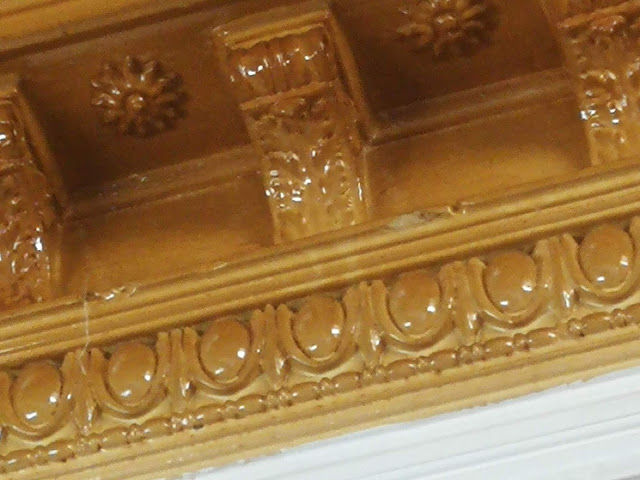 The plasterwork on the ceiling is quite ornate too, with the gaps filled by textured wallpaper, all covered by decades of paint and nicotine stains. I find myself wondering how many millions of cigarettes must have been smoked in here to give the ceiling its rich brown-cafe patina. And whether any of them were Club, the brand Alec Jackson advertised.

In London Jackson played for Chelsea and later went into the pub trade himself, becoming licensee of the Angel & Crown in St Martin’s Fields. That has been transformed into a tacky cod-Victorian gin-in-teapots place these days. At least the humbler Central, should it survive, has kept its original character.
Labels: alec jackson dunbartonshire endangered footy heritage pubs pubs renton
Location: Renton G82, UK