The 1980s was the decade of “premium” lager. All manner of well-known lager brands – even Harp – sprouted premium extensions, the formula of slighter higher gravity and more sophisticated packaging being an easy one to replicate.

Tennent Caledonian – then part of the Bass empire – came up with Gold Bier, a lager that many still remember today. I remember that I liked it a lot, though I can’t say whether I would like it now. It had nice typography and glossy double-page adverts with stylish copywriting, in the days when lager drinkers were treated as literate.

Gold Bier lasted well into the 1990s and seemed to be fairly popular, but it eventually disappeared. I have no evidence for this claim, but I have always assumed it got the chop after the Belgian group Interbrew bought Bass and Whitbread. The merged group already had heavyweight premium lagers Stella Artois and Beck’s and didn’t need Gold Bier competing with them. 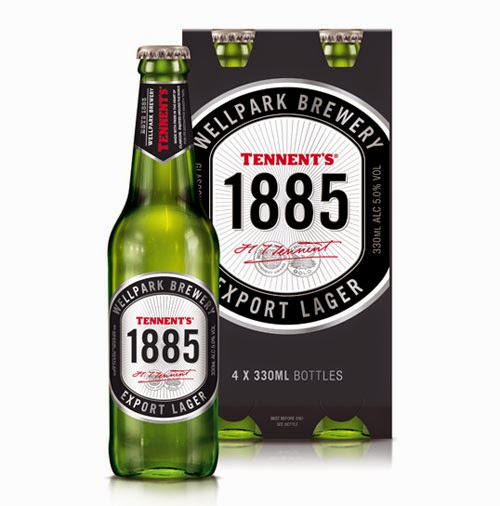 Tennents had another go in 2008 with a beer called 1885, after the putative date when Tennents, according to themselves, started brewing lager (there has been some dispute in the Scottish Brewing Archive’s journal as to whether this claim is accurate). 1885 was another pale, green-bottled 330ml effort, with a husky, grainy flavour. It didn’t last long. Apparently there was an ad campaign for it, but I don’t remember ever seeing it.

Fast-forward now to Tennent’s Original Export Lager, launched just two years ago. Original Export had very plush packaging indeed and some impressive adverts. The beer was quite drinkable too, all-malt and full-bodied; I’d have bought it regularly if there had been a few more hops. Both the beer and marketing were, in my view, head and shoulders above that of the keg ale Caledonian Best launched around the same time.

And yet Best has flourished and Export flopped, which just goes to show that brewers shouldn’t take my advice about anything.

I’m looking at a six-pack of the new Black T. It’s Original Export re-branded, I am told – I haven’t tasted it yet. I suppose the idea is to link it with other allegedly premium products: Stella Black, Smirnoff black label, Johnnie Walker black label. Whether it will be any more successful than its predecessors remains to be seen. 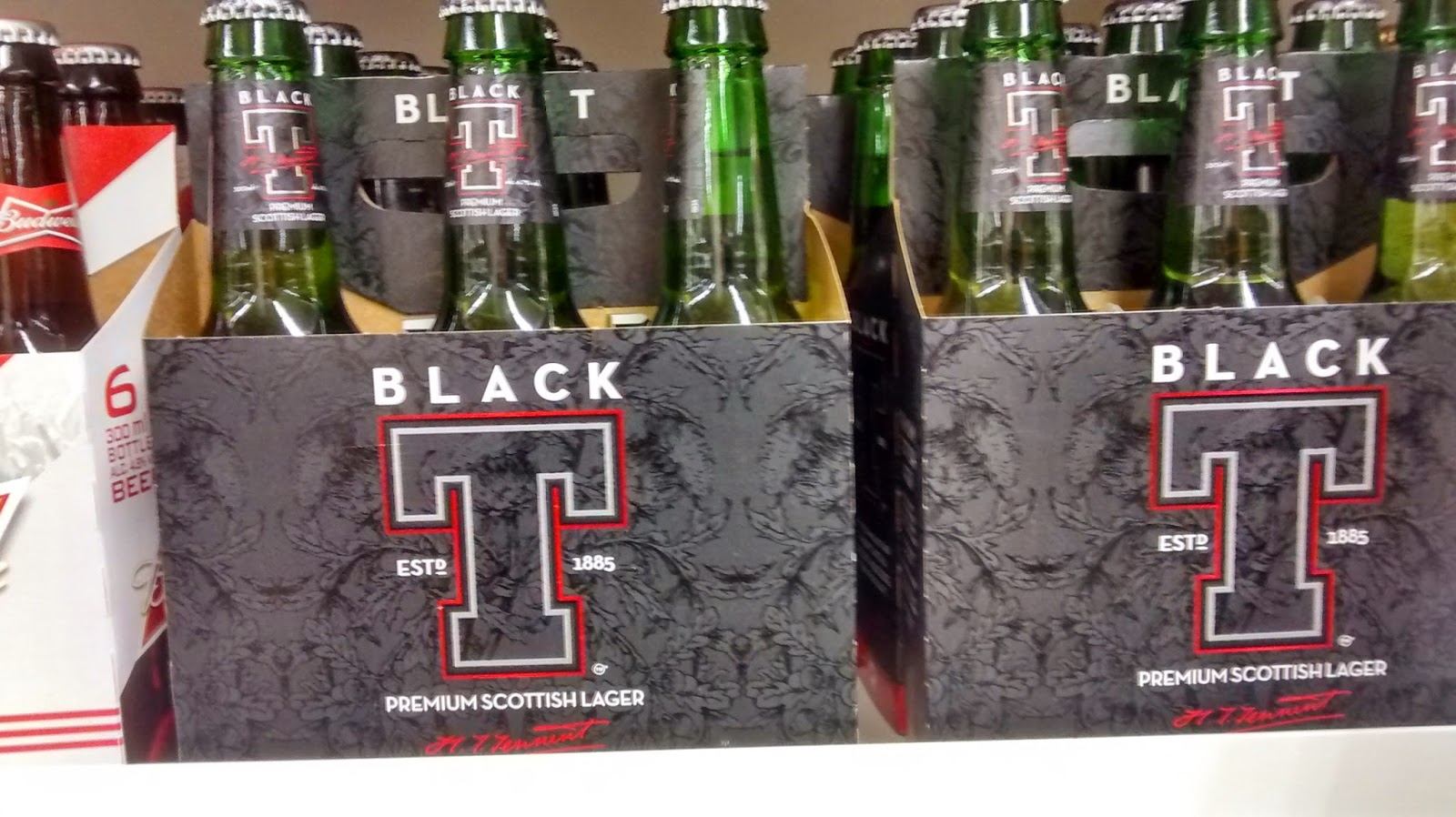 Why have Tennent’s efforts to get into the premium sector failed so regularly?

Well, that has, I think, something to do with who drinks (or doesn’t drink) Tennent’s and how they regard it. I tend to divide them into four groups.

1. TL fans. These folks love Tennent’s Lager and consider it the best lager available. They like the standard lager, so have no real motivation to buy the premium version (You see expat examples of these on the Tennent’s Facebook page, begging to know where they can get a frosty can of TL in Australia or America).

2. Tennents-haters. Do not believe anything remotely drinkable can ever come out of Wellpark. It should be fairly obvious why a new beer is not going to sell well among this group.

The Tennents brand is quite peculiar in being loved by the first group, but toxic among the second.

There is a third group which I think is a bit unusual.

3. Contemptuous consumers. There is in Scotland a discernible group of consumers who think Tennent’s is rubbish. But they drink it anyway.

Why exactly this contempt exists, I’m not sure. Perhaps the local, ubiquitous beer will always be scorned, irrespective of its actual quality. I think Tennent’s is no worse than most standard UK lagers and better than some. It’ll never be my favourite beer but it doesn’t deserve the abuse it gets from some quarters.

Which brings me onto my fourth group, which consists of me and three or four other people.

4. Agnostics. I am not joking about the small size of this group. Every Scottish drinker, it seems, has an opinion on Tennents; it’s almost as divisive as Marmite. I have only ever met one other person who was willing to judge a Tennent’s beer on its merits (I’m vain enough to imagine that I try to be objective).

Over and above that, though, we have to consider other factors: the commoditisation of premium lager itself, and whether there is actually room for another brand. But that’s for another time.
Labels: 1885 beer black t consumers glasgow gold bier lager drinkers marketing premium lager scotland tennents tennents original export lager
Location: Glasgow, Glasgow City, UK