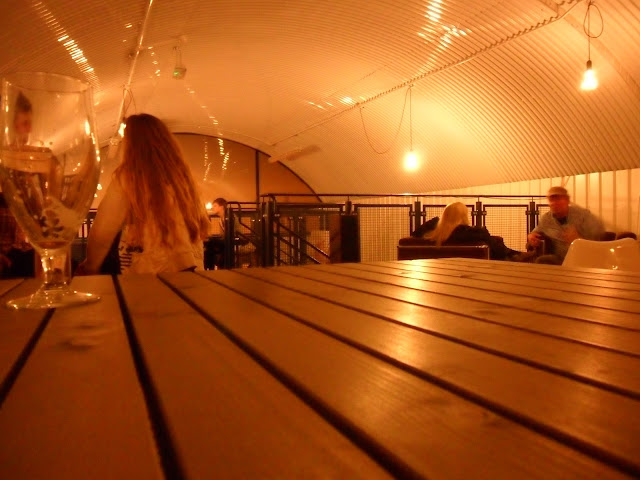 I have to confess: since I’ve been visiting London I’ve always been a Young’s drinker. Always Ordinary, I’ve never liked Special. On early visits Ordinary seemed mouth-puckeringly bitter, a taste I delighted in, especially sitting in the beautiful Lamb in Bloomsbury on idle afternoons.

Since Young’s closed I’ve made an effort to appreciate Fuller’s more. This would be easy enough if it weren’t for the preponderance of poorly-kept London Pride in mediocre pubs. I have only really enjoyed London Pride once, and that was when I’d cycled six miles uphill in the sun to the pub.

My friend detests London Pride and refuses to believe it’s party-gyled with Chiswick. I think the lower gravity and dry hopping of Chiswick make a more balanced beer. I’m certainly not drinking London Pride when I travel south, as it’s the only Fuller’s beer that turns up at home with any regularity. I want the stuff I’ll never see on draught in Glasgow.

The perfect opportunity presents itself in the shape of the relatively new Parcel Yard at King’s Cross, which by offering almost the complete range of Fuller’s cask beers is as good as having a brewery tap in the centre of the capital.

The refurbishment is definitely a success; it seems as much of the original partitioning as possible has been preserved, ancient woodwork covered in layer after layer of paint, and it’s almost always possible to find a cosy corner where there is some delightful old beer advert to look at. But it feels contemporary too, and it’s spacious – important in a railway station pub; there’s nothing worse than trying to struggle through a cramped pub with luggage.

I’ve found a seat where I can leech electricity from the pub to charge my phone. Time for beer. Chiswick – dry, minerally and astringent. My pal arrives and we spend an hour or so catching up. Black Cab – sweet, licorice and roast coffee. And I’ve spotted the latest Past Masters beer, Old Burton Extra, so we split a bottle of that – a bit metallic as sometimes happens in bottled beer, but full and rich with solid sustaining bitterness, just what I imagined it was going to be like. Cask Bengal Lancer to finish, with typical marmalade and lychees.

But we can’t stay here forever. “Let’s go to Hackney and drink keg beer,” I say, surprising myself as much as my friend.

Redchurch Brewery is situated in a railway arch (like a remarkable number of the new London breweries), down a narrow cobbled lane in Bethnal Green. On Thursdays, and Thursdays only, they open up the brewery to serve their beer to the public. As luck would have it, I arrived in London on a Thursday.

The address is easy enough to find, and you look in through the glass doors at what is clearly a brewery, with fermentation vessels lined up along one wall, and East London-typically, someone’s bike leaned up against some malt sacks. Don’t see anyone drinking here, though. Try the door and … it opens!

Aha, we hear the chatter from upstairs, so up the metal staircase we go and find ourselves in a pleasant space with Joy Division playing and a cluster of people around the bar in the corner, where two bearded young guys are pouring beer from taps mounted on the wall behind them. I say bar; it’s built of pallets, like most of the furniture.

It couldn’t be any more basic. The arch is clad inside with corrugated steel, just as it comes from Network Rail; there is somewhere to sit and some lights. That’s it. I love it. Going to the loo, you wander through the brewery past fermenters and boxes of hops. It’s the kind of informal, intimate space you can only get in the tiniest of operations.

Baltic Street Porter is rich and roasty, Great Eastern IPA hoppy. They are a bit generic – very similar to what they do at Kernel, though that’s hardly a condemnation – but good.You should buy some.

More and more breweries are springing up in East London. And in my view there couldn’t be a better area for this to happen – it means that I can stop and feast on beigels in Brick Lane on the way home. I prefer Beigel Shop, but Beigel Bake is also very good.
Labels: bethnal green east london fullers london redchurch salt beef beigels the parcel yard