I’ll have a Chiswick please 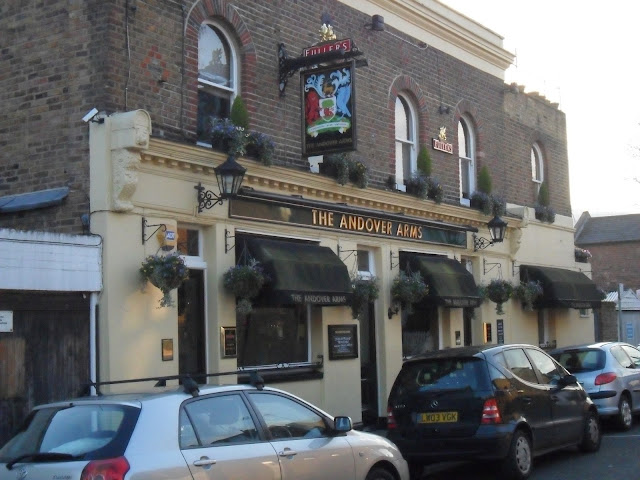 Sometimes you just want to sit in a pub on your own for half an hour.

It occurred to me while on my trek to West London: while I’m in the area, I could have a pint in Michael Jackson’s former local.

Nice to know that Michael Jackson favoured unpretentious back-street boozers, just like I do. The Andover Arms is literally up a back street in Hammersmith, surrounded by modest but immaculate terraced brick houses. It faces onto someone’s garage.

Outside, three separate doors mark the entrances to separate Public, Saloon and Lounge bars, long since gone. Inside, it’s a pub. A nice pub, a bit gastro but not too much so. Open fire burning, snob screens, pretty barmaid, two lads sitting at the bar drinking Kronenbourg. An ordinary pub scene.

Just enough customers to give a buzz of conversation, but not so busy that you can’t find a quiet spot to read the paper with a pint. 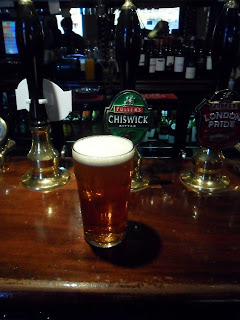 Chiswick bitter, as fresh as can be, the famed Fullers’ orange marmalade, delicately perfumed with Goldings. The pint is perfect.

Beer needs context, time and place. Chiswick isn’t usually among my must-buy beers – I’d seldom order it in a pub at home (on the rare occasions I see it), and I’d certainly never pay top dollar for a pasteurised bottle that had been shipped halfway round the world; but here, at this precise moment, it’s the only thing I want to drink.